What is a fiscal year?

When you’re starting out in business, or more specifically, in eCommerce, there is a lot to understand and some terminology that you might not have heard of, or understood clearly before. As much of the information about the world of eCommerce comes from overseas – America, China and so on – we know that some of our sellers have questions about different ideas and terminology, and how they affect us in the UK and Europe. With that in mind, we’re posting some shorter content, with definitions and guidance as to why businesses need to be aware of the post’s topic, to help make things clearer.

As we have mentioned before, these posts are designed to be informative rather than advisory. When it comes to anything legal, or tax related, we strongly advise taking specialist advice from your accountant or an appropriate tax professional. You need to ensure that you abide by the relevant legislation and dates, so that you pay your business tax on time and avoid fines.

We’ll be focusing on what the fiscal year means in the UK for this post, but if you’re operating elsewhere you need to check the relevant rules and regulations, so you don’t end up with those fines. If you’re unsure, always check with your accountant or tax professional.

What is a fiscal year?

A fiscal year is simply the annual period that starts on one day and ends 364 days later. It is also known as the tax year, especially in the UK. Since tax years in the UK span two years – from April 6th to April 5th the following year – they are referred to with both years. So, for example, we’d write the tax year that we’re currently in as 2020/2021.

Who needs to know about the fiscal year? 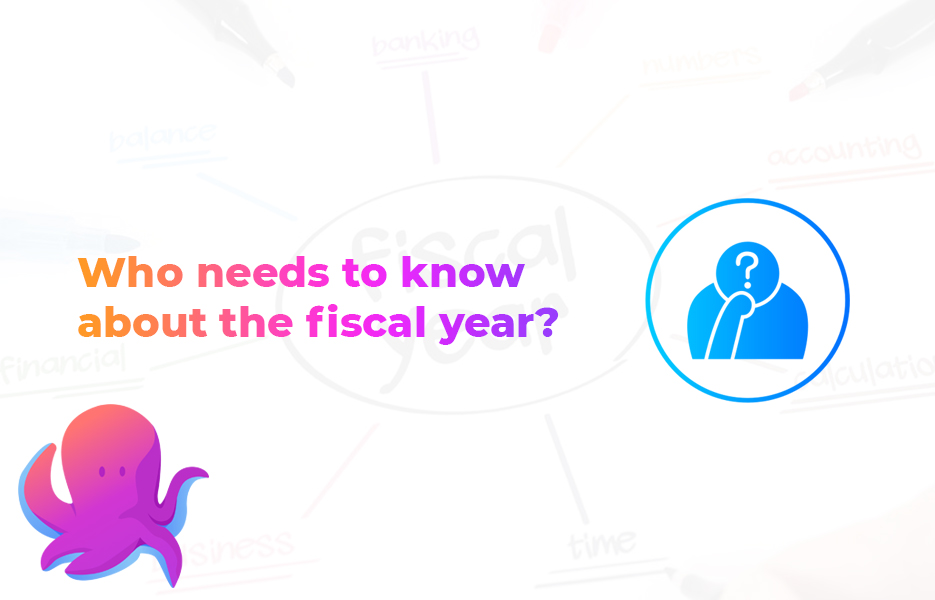 All businesses track their income and expenditure in order to report to the relevant tax body – whether that is HMRC (Her Majesty’s Revenue and Customs, for the UK) the IRS (the Internal Revenue Service, for the USA) or whichever is the appropriate body in other countries. If there are changes to be made to tax rates, or there are new rules to be implemented, the UK government usually applies these from the start of the financial year.

Other people who need to be aware of when the fiscal year ends because they need to complete a Self Assessment tax return include:

When does a fiscal year end? 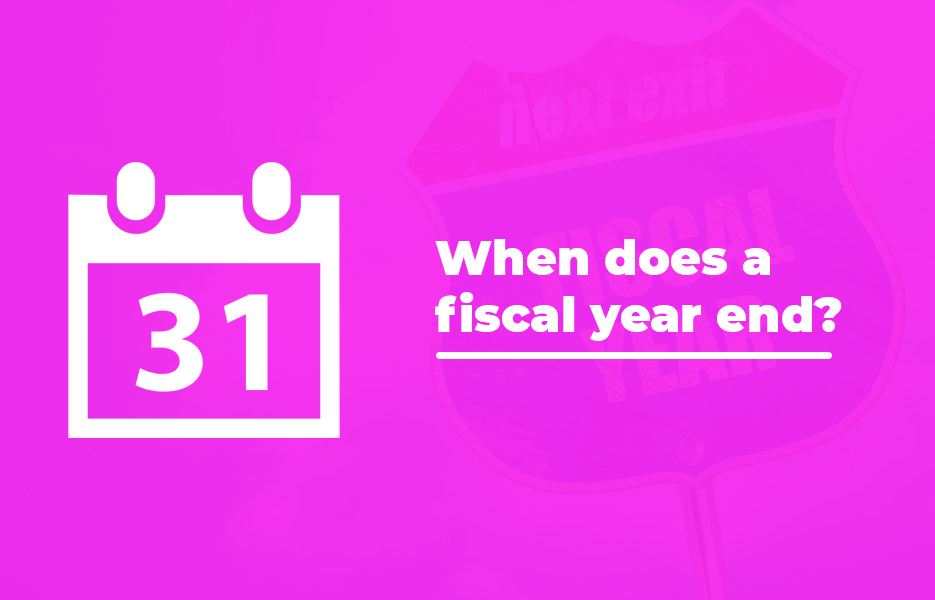 Why does a fiscal year matter?

If you want to avoid costly fines for not having paid your taxes, then knowing when the fiscal year ends in whichever country you operate in is essential.

But apart from the necessary reporting to the official authorities, having sets of accounting information available for the year for your company means that you can make comparisons from year to year, which can help you establish what went well, and what didn’t work so well. You want your company to grow and be ever more successful – and your reporting is just one way to ensure your company remains on an upwards trajectory.

How is an accounting year different from the tax year? 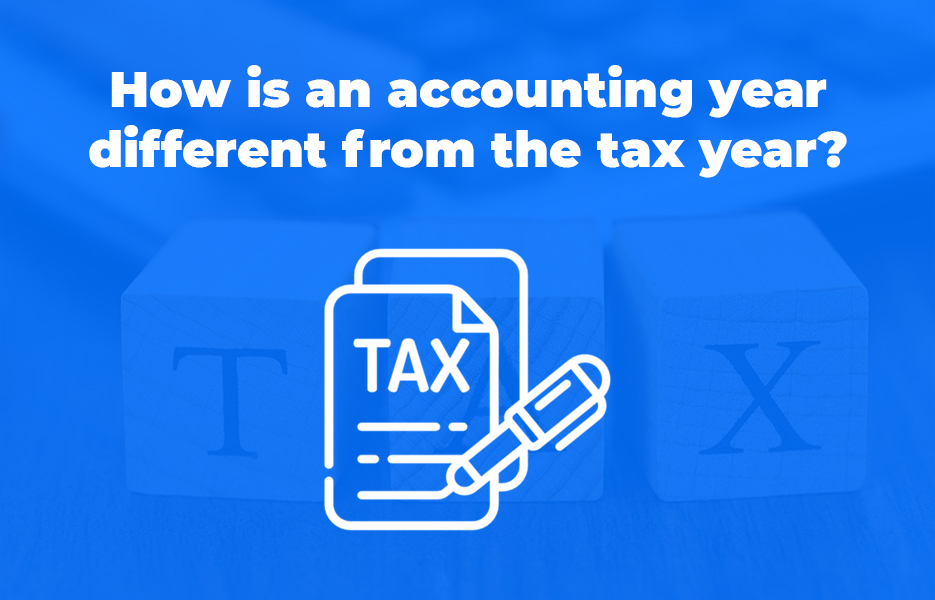 What dates are important for taxes in the UK? 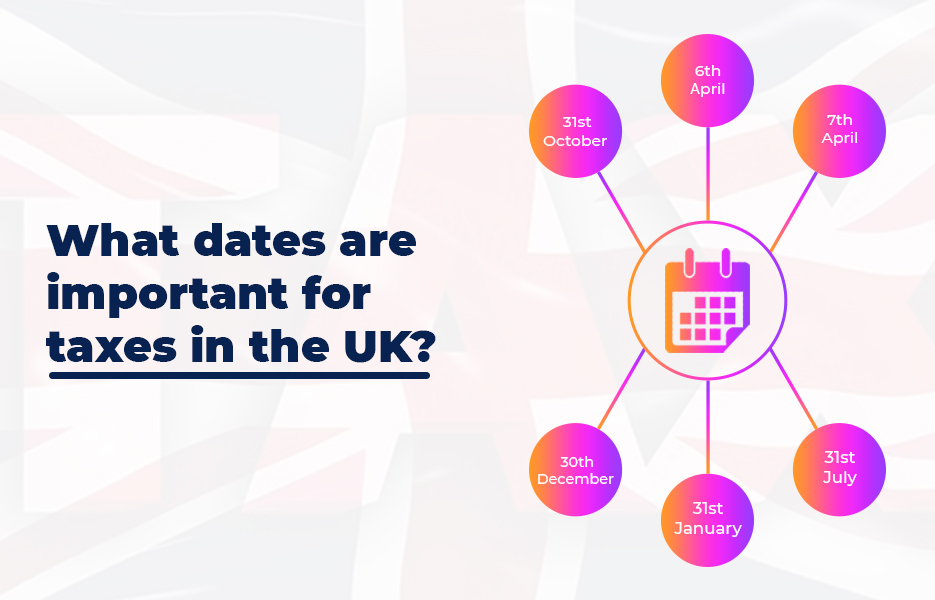 These dates are unlikely to change, but as always, it is advisable to check the current guidance from HMRC, and to check with your accountant – that’s what you pay them for, after all!

These dates aside, you will need to know when the end of your accounting year is. Be sure to mark your calendar – as we already mentioned, the fines can get pretty expensive if you get it wrong!

Why doesn’t the tax year follow the calendar year?

In the UK, the tax year starts on 6th April, and ends on the 5th April the following year. It’s a bit of a strange date to start, you might think – but like so many things, it is due to historical reasons. Prior to 1752, the British calendar year used to start on March the 25th – the date of the Annunciation of the birth of Jesus. In 1752, the Gregorian calendar was adopted, which means we were 11 days adrift of the rest of Europe. That meant 11 days needed to be cut from the calendar, and the calendar year was changed to the first of January, but none of the tax year dates were changed. So, the UK’s tax year now starts 11 days after the 25th March – which used to be the start of the year. Of course, we could also point out that many accountants and tax specialists won’t want to be doing extra work during the holiday season too!

Why does a fiscal year matter to a small business? 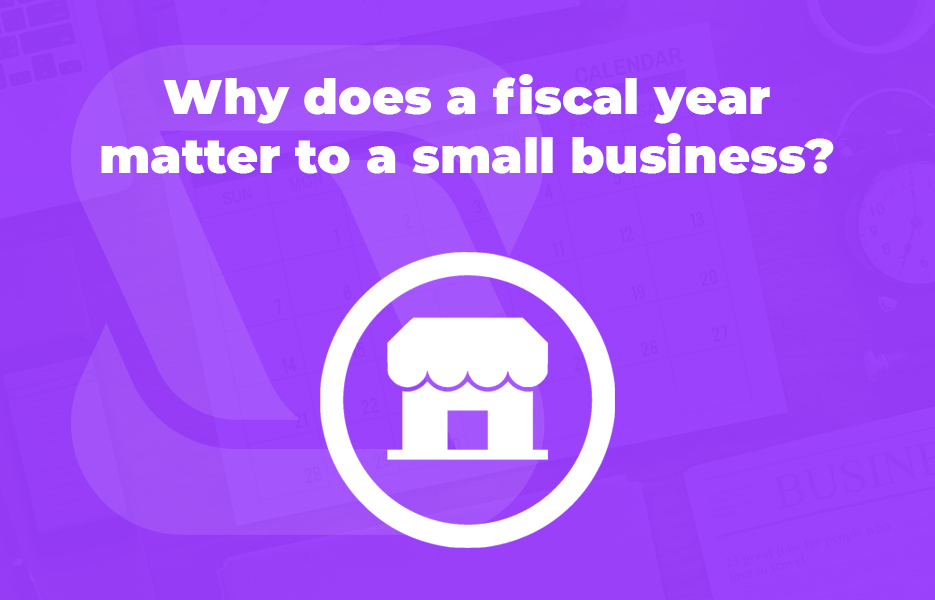 In the UK, companies must file Company Tax Returns when they receive a letter entitled Notice to deliver a Company Tax Return. If you make a loss, or don’t have any Corporation Tax to pay, you’ll still need to complete your return. (If you’re operating as a sole trader or as a partner, you’ll need to send a Self Assessment return – and penalties are similar to corporation tax levels, so it is well worth doing things on time!)

Of course, you want to avoid those fines that we mentioned above. In the UK, (at the time of writing) if you don’t complete your company’s tax return and send it to HMRC on time, you’ll pay a £100 penalty, then there is another £100 penalty if you haven’t filed the return three months later. If your tax return is more than six months late, HMRC will estimate your tax bill and add a 10% penalty of your unpaid tax – and if you’re more than 12 months late, you’ll encounter another 10% penalty.

If you miss filing your tax return late three times in a row, things really start to get expensive – the £100 penalties are increased to £500 each.

Fiscal years are pretty simple to get your head around – they’re simply tax years, or a period of accounting for a company. Companies may have more than one date to pay attention to: their own accounting year, and the tax year for the country they are operating in, so keeping a close eye on dates is essential for getting the required paperwork in on time. With some of the fines that you can incur by not paying attention to deadlines, it is well worth consulting with an accountant or tax professional to ensure that your tax returns are completed accurately, and on time.

Dawn studied in the field of social sciences with the Open University, achieving an MSc in Forensic Psychology at the same time as working two jobs. She regularly applies principles of psychology from her studies to her work, and outside of her role at Avasam she is busy writing her first book.