What are grey market goods?

Items on the grey market tend to be legally made, but are sold on unauthorised sales channels. We look at the difference between the grey market, the black market, and counterfeit goods in this post.

What are grey market goods?

Grey market goods are where items have been manufactured by, or with the permission of the brand owner, but are sold outside of the sales channels that have been approved by the brand owner. The process of selling these items can be completely legal, but there are some countries where it is not – and there are some sales channels that have banned the sale of grey market goods.

The ‘grey market’ can also refer to a situation where a company’s shares are traded before an initial public offering (an IPO) occurs. In this post, we’re looking at grey market goods – since that’s what we expect most of our readers to be interested in – but we thought it important to mention.

No. Black market goods refers to items that are illegal to make, or to sell. Such items include illegal drugs, replicas of designer goods (fakes, or counterfeit products), and so on. More serious black market items include trade in human organs, endangered species and their parts, and weapons.

Technically, there are black markets with online entities too – buying and selling eBay accounts is illegal in some countries, and buying Instagram followers isn’t strictly allowed either.

Although there are a number of ethical arguments for and against certain black markets, it should go without saying that we don’t condone getting involved in selling anything on the black market. If you’re running a business, (and want to stay in business!) steer clear of black market items.

No. Grey market items are usually completely authentic, and may have been manufactured by the brand owner themselves, or by an authorised manufacturer. The issue isn’t with their authenticity – the issue is whether the items are being sold on a marketplace or website, that the brand owner hasn’t permitted, usually at a price much lower than the recommended retail price. They may have been discarded by the brand as seconds, or they could simply have been imported from markets where the price is much lower.

How do grey market goods end up with sellers?

Usually, it happens where there is a difference in price between countries, and they are bought in the country at the lower cost, and imported, but sometimes they are items that have been discarded by manufacturers and sold on by businesses that have been tasked with disposing of the items.

Are grey market goods illegal in the UK?

They are. The courts ruled this after the In the UK in the late 1990s, supermarket Tesco began selling Levi jeans that had been bought wholesale in the EU grey market. The buying power they had, and the numbers they could buy meant that they could undercut the price of Levi themselves, and on approved outlets by almost half.

Levi Strauss took this issue to court, claiming that this operation violated European trademark laws, and was damaging for the brand. The European Court of Justice ruled that grey market products can be legally resold in the E.U., as long as the items were originally sold by the manufacturer inside the E.U.

Despite this ruling, in 2016 the UK Supreme Court ruled that grey market goods cannot be distributed without the consent of the brand owner, and doing so is a criminal offense. The penalty is up to 10 years in prison – so well worth steering clear of!

How do marketplaces deal with grey market goods?

Marketplaces generally have policies about grey market goods, and if you’re selling on a marketplace in a country that selling grey market items is illegal, that is likely to result in your listings being removed and your account being suspended.

Amazon has pretty much banned the sale of grey market goods on their marketplace. That means if you don’t have authorisation from the brand owner to sell the items, you’re likely to have your account suspended. We’ve heard from enough sellers that have encountered an Amazon seller account suspension to know that it is a tricky thing to get reversed – and many sellers end up not being able to sell on Amazon, which obviously can be a huge issue if many of your sales come from there.

Further to this, it is in the Terms of Service that Amazon sellers are not allowed to offer branded products on your own website for less than on Amazon. If your business gets caught selling branded products at a price lower than it is on Amazon, your Amazon account will be suspended.

What should sellers who are DropShipping do about grey market goods?

This is a tricky question, because if a supplier has items that you know your customers would love, you’re going to want to sell those products! You’ll make money from them, your customers are happy – no harm, no foul – or so you would think. But unfortunately, selling branded products that you aren’t authorised to tell is likely to land you in hot water – and so if you’re considering selling branded items, you should be pretty careful with your actions.

What are the consequences of selling grey market goods?

Not only do you run the risk of having your seller account suspended on marketplaces, but you’re also putting yourself, and your business at risk of legal issues. Cease and desist letters are often the first step before being taken to court. Court cases are usually pretty expensive, and can be damaging for the reputation of your brand. Indeed, the expense of the case, plus any damages that the judge may deem appropriate to award, can destroy smaller businesses altogether – and if you’re given a prison sentence, that’s not going to be great for your business either!

Is there any support for grey market goods?

There are some consumer advocacy groups that campaign against the setting of higher prices based on the location of customers. They maintain that charging higher prices on the same items simply because of where consumers happen to live is unjust, and that monopolistic behaviour by corporations towards the public is unethical.

Grey market goods aren’t illegal in and of themselves, however there are plenty of reasons to avoid selling them – especially if your business depends on being able to sell on marketplaces. Since there are so many issues, if you’re considering selling branded items but you don’t have authorisation from the brand owner to sell, then you should be fully informed before starting to list the items. Know the consequences for selling them in the country (or countries) that you, and the marketplace operates, and be aware of any rulings that could mean you end up in hot water if you sell them. Your livelihood depends on it.

Dawn studied in the field of social sciences with the Open University, achieving an MSc in Forensic Psychology at the same time as working two jobs. She regularly applies principles of psychology from her studies to her work, and outside of her role at Avasam she is busy writing her second book. 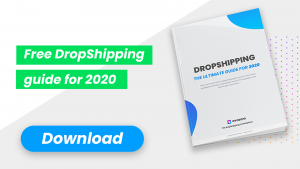 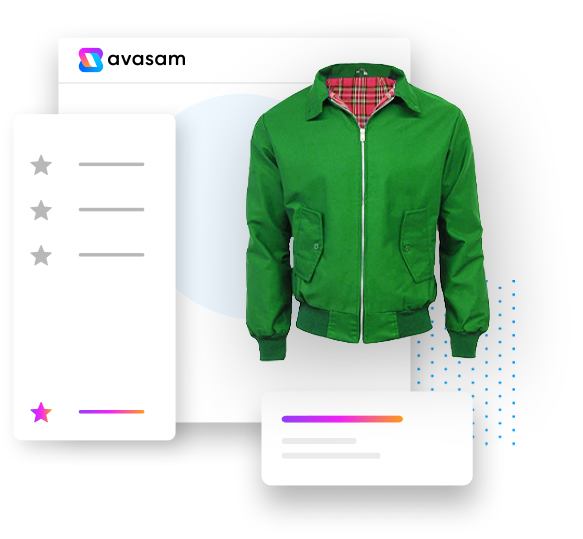 Get trending product
updates on WhatsApp